World humanitarian day is a day dedicated to recognize humanitarian personnel and those who are victims and have lost their lives working for humanitarian causes. It was designated by the United Nation General Assembly and set to be commemorated every 19th of August. Around the world conflict is forcing their homes, with over 65million people now displaced. In Cameroon, the Anglophone crisis has taken a different dimension as people in this towns and cities who are now internally displaced as a result of fighting’s and shootings, struggles to find food, water, and safe shelters. As humanitarians that we are, the IHO Team decided to join the #NotATarget movement this day by providing basic food items and sanitary needs to this vulnerable population.

The integrated health organization raised funds by using the flier below to purchase food items and sanitary needs such as rice, spaghetti, groundnut oil, soap, sanitary pads, toilet roll, and tooth brushes. To make sure the donation reached the targeted population, IHO worked in partnership with the Ayah foundation certified and well known to work with the internally displaced Cameroonians due to the Anglophone crisis. Through this foundation, our donations where properly channeled to the IDPs. 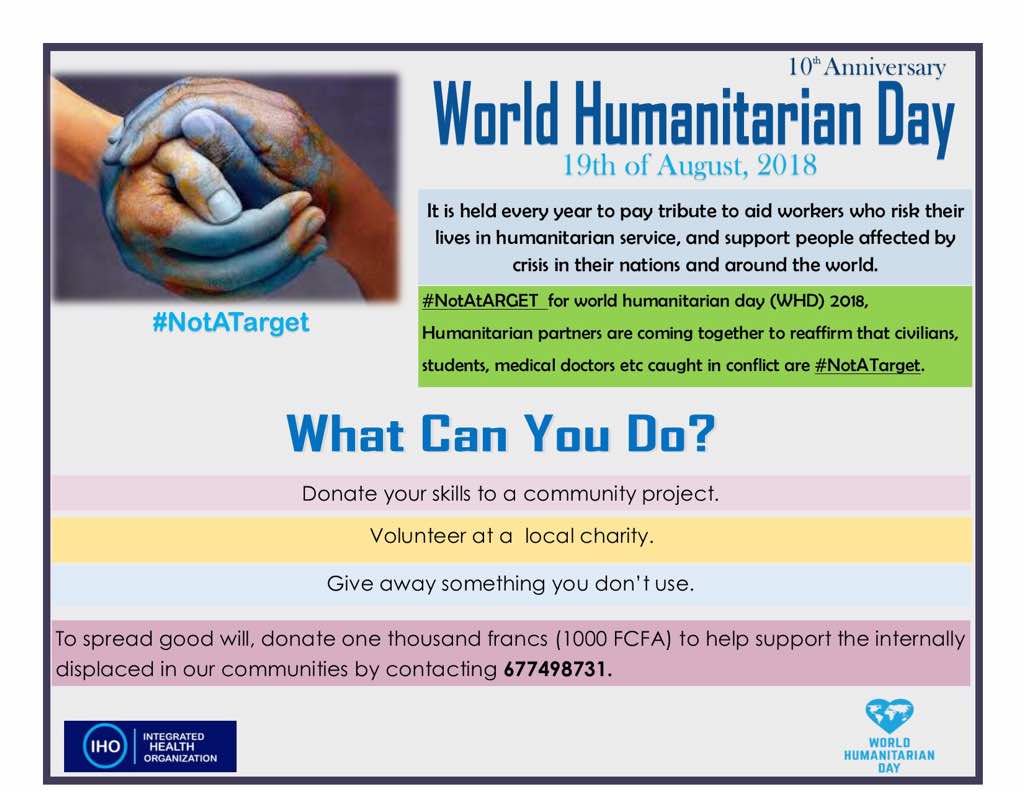 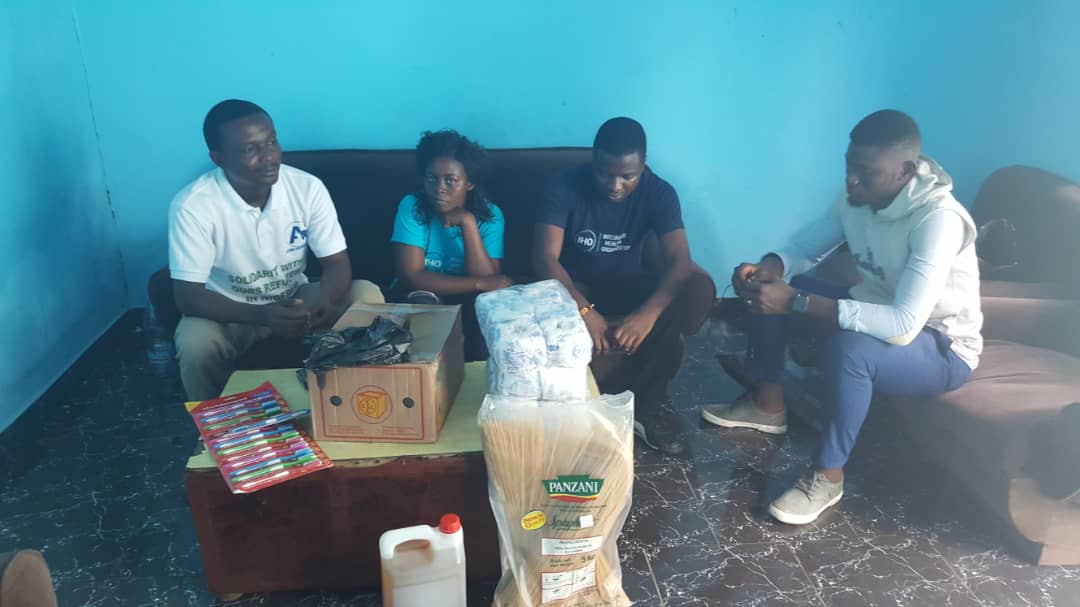 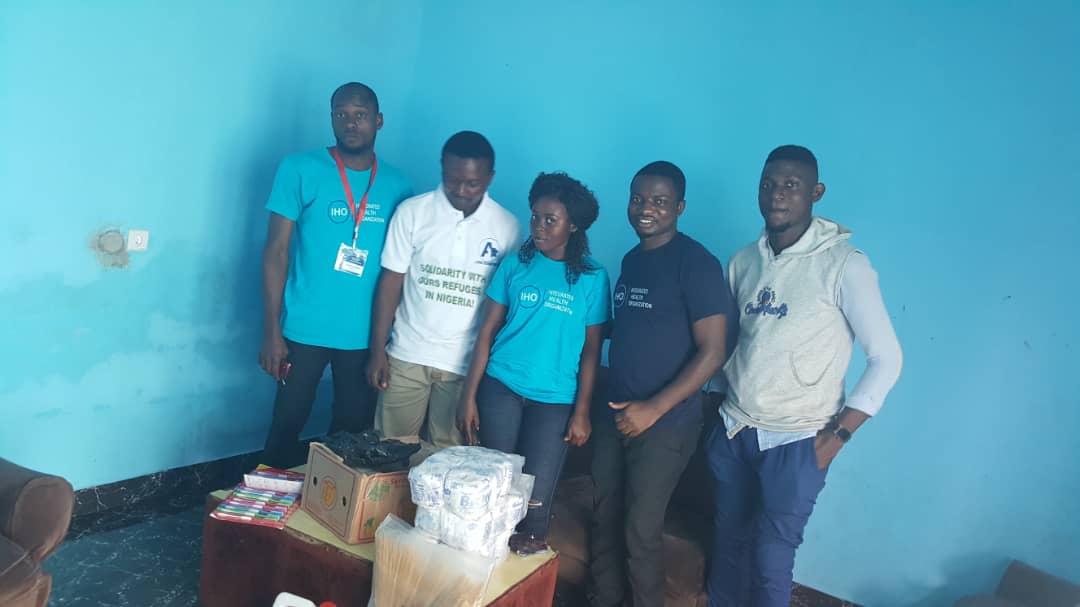 The major limitation we experienced was the lack of sufficient resources. We could actually have afforded more things for this vulnerable population but due to lack of resources we bought just their basic needs. Also the insecurity in these zones made it difficult and impossible for the IHO team to visit and personally hand the donations to the internally displaced.

We recommend that more attention should be given by the state to the Anglophone crisis as so many people are losing their lives and their homes thus poverty and disease is gradually on a rise.

The IHO intends to do more of such donations and to advocate the course of internally displaced populations in Anglophone regions.