HIV continues to be a major global health issue, having claimed more than 35 million lives so far. In 2015, 4.3 million Cameroonians infected. There are approximately 36.7 million people living with HIV at the end of 2016 with 1.8 million becoming newly infected in 2016 globally. 54% of adults and 43% of children living with HIV are currently receiving lifelong antiretroviral therapy (ART). HIV infection is often diagnosed through rapid diagnostic tests (RDTs), which detect the presence or absence of HIV antibodies. Most often these tests provide same-day test results, which are essential for dame day diagnosis and early treatment and care. There is no cure for HIV. However, effective antiretroviral drugs can control the virus and help prevent transmission so that people with HIV, and those at substantial risk, can enjoy healthy, long and productive lives. It is estimated that currently only 70% of people with HIV know their status. To reach the target of 90%, and additional 7.5 million people need to access HIV testing services. In mid-2017, 20.9 million people living with HIV were receiving antiretroviral therapy globally.

The world AIDS day is a special day set aside by the world health organization in 2015 to highlight the success of worldwide efforts to combat HIV/AIDS, as well as the importance of continued supports for these efforts. The world AIDS day takes place on the 1st of December of each year and is celebrated based on a specific theme. This year the theme was; “Every Body Counts”.

To complement the global world aids day, the Integrated health organization worked in partnership with the International Community Reference Health care complex to carry out a free HIV screening for the inhabitants of Buea.

The volunteers met up at 8:30 am at the International Community Reference Health care complex. They set up three tables. One for registration, second for testing and the last for results and counseling. There, they tested forty people. It was later on agreed to move the testing site to Checkpoint so that they will reach a greater masses of individuals. The determine test strip was used as a first line test while the oral quick was used to carry out the second line test.

A positive turnout was recorded from the community who got themselves tested with the aid of IHO volunteers. Each positive case was referred to the hospital for a second line test and if positive the counselor will have a talk with the individual and recommend them to the treatment center at Ekona. 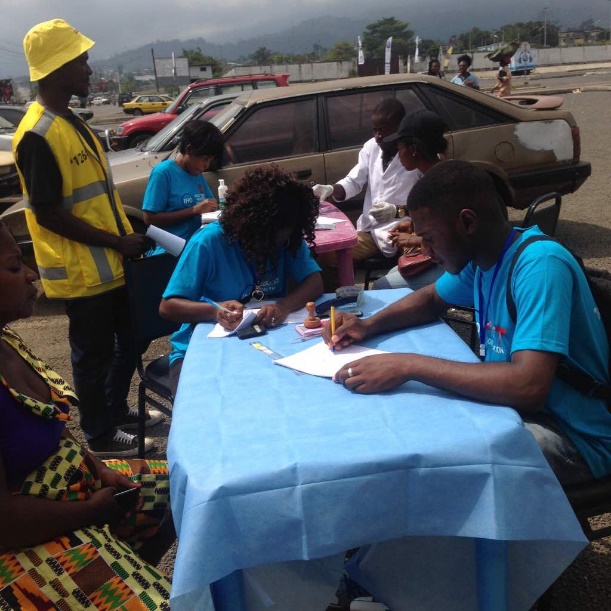 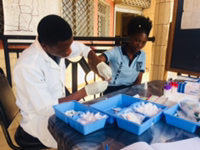 At the end of this exercise, IHO successfully tested 110 people with 2 confirmed positive cases. LIMITATIONS

The government and responsible health authorities should ensure that no one is left behind. They should:

We call on all the people who got tested to do a control test after three months. Organize health talks in schools to encourage youths to know their HIV status as well as other inhabitants of Buea. We plan on reducing the level of stigmatization against HIV positive persons which is something that is endemic in our society.