The absence of the use of contraceptives among youths today is alarming, because it has led to a massive rise in the rate of teenage pregnancies and sexually transmitted infections. Coupled to the fact that this organization is made up of dynamic youths, we experience adverse reactions whenever we went to purchase a contraceptive. It is worth noting that youths are only familiar with one form of contraceptives (the male and female condoms). Because of all these IHO took upon herself to organize this one day workshop to address this public health concern. IHO has as one of her objectives to carry out educational workshops to address issues of public health concern. On this day, we were able to assemble over fifty (50) youths from diverse backgrounds to come together and share ideas and experience with respect to contraceptives. The workshop was purely interactive and was divided into five sections.

First was a general overview of what contraceptives are. This area was successfully coordinated by Miss Bamu Damaris, an Epidemiology student from the University of Buea. The participants posed their various questions and experiences they had with regards to contraceptive.

Next was a demonstration of how to use some of the contraceptives common in the Buea. This was seen into completion by Mr Jude, a Public health student from the University of Buea. He went further to encourage each participant to practice using the male condom on the wooden model that was present.

Last but not the least was a brief presentation on myths and facts as regards the use of contraceptives. This session was cheered by Miss Cynthia Adanze, a Public health student from the University of Buea.

Lack of financial resources to purchase the various forms of contraceptives for display was a major limitation to this project. Which is why we are hoping we are welcoming all forms of donations to organize more of such events and provide our youths with the necessary contraceptives.

In the nearest future, IHO intends to create awareness on the dangers of teenage pregnancies. 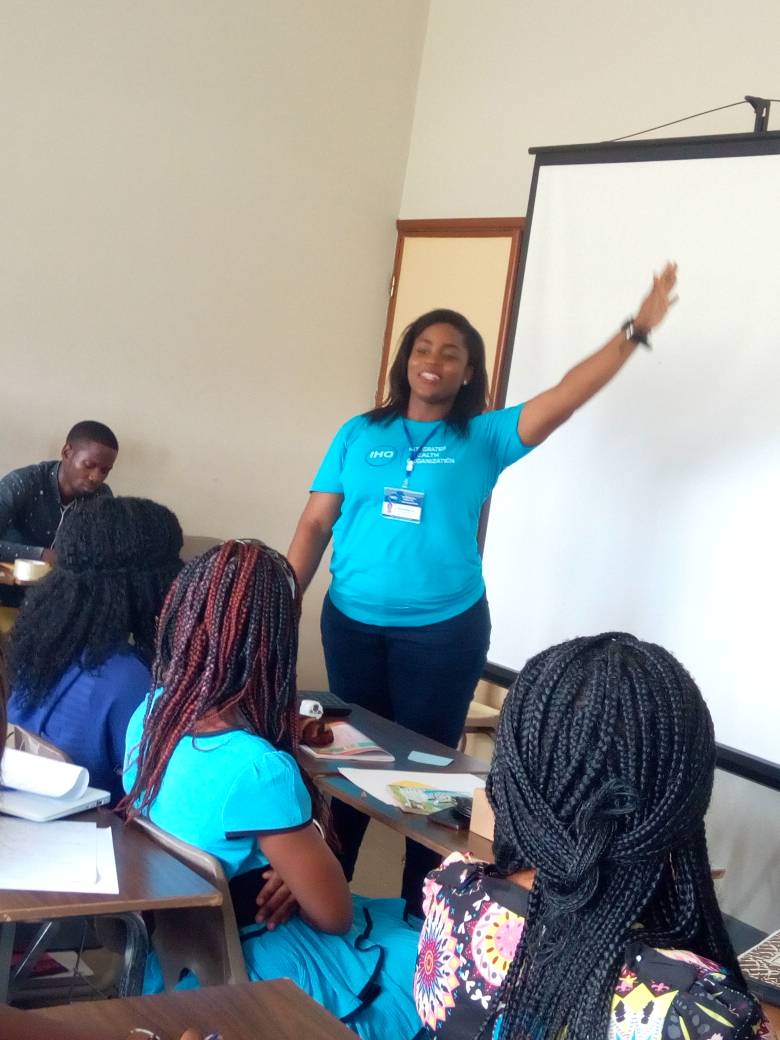